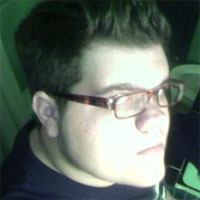 Adam joined PLuGHiTz Corporation since shortly after its inception and stayed for many years. His work on the DDRLover and CounterQuest teams has been mostly providing valuable insight into the gaming community's thoughts and direction. Adam is most known for his time on the Professional Counter-Strike Scene with teams like, Echo 7, Pandemic, Team x3, and PerdoX. He was also a well known World Of Warcraft PvP Icon and Raider, and a founding member of the well known guild All That Remains.

read more...
The Feed:Economic Conditions Have Been Brilliant For GameFly

You Got Me Monologuing!

Why should everyone have subtitles and thought clouds? Because it's easier to follow the narrative that way of course. With this topic I am wading ankle deep into the pool of raging disparity that is the "Games are Art" argument. Personally I firmly believe that games are indeed an art form and, for once, a gaming big-wig agrees with my philosophy! Denis Dyack of Silicon Knights at the recent developers conference stated,

Alan Wake, the game that has been the victim of one of the worst cases of absentee parenting that the gaming world has ever seen, will now take on the episodic approach, similar to a television show or a movie saga. Sam Lake, the game's writer, in an interview explained the benefit of his segmented approach: