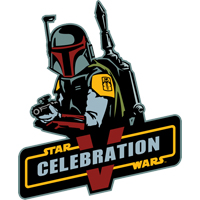 The biggest party this side of the galaxy, Star Wars Celebration brings fans of all ages together, from all points of the globe, to celebrate the pop-culture phenomenon that is Star Wars. Whether it's young fans of Star Wars: The Clone Wars or die-hards fueled by the nostalgia for the original Star Wars trilogy; curious, casual followers; gamers, readers, costumers or collectors - there's something for everyone at Celebration. Both hardcore and casual fans will gather to have fun while celebrating their passion for all things Star Wars, discovering what's new, and being the first to see what's next. It's four fun-filled days of exhibits, a vibrant, interactive show floor, screenings, exclusive merchandise, celebrity guests, panels, autograph sessions, fan-inspired activities, and other surprises.

This week, Star Wars gets the star treatment as we sent our guys to Orlando to cover the largest Star Wars fan party in the world!

Ray Park is a name you may have heard if you are a fan of NBC's Heroes, or movies like Mortal Kombat, Sleepy Hollow, X-Men and of course Star Wars Episode I: The Phantom Menace. Essentially he is a Caucasian version of Jackie Chan, but with a British accent. While I was in the line to see an interview of him once again hosted by the hilarious Jay Lag'aia, I kept hearing about what a great person Ray Park was and how he would go around to people not getting any attention in the autograph lines and sign their stuff, or how he was such a positive person and a ball of energy. So needless to say I was really excited to see this man in person and evaluate just how great of a guy he really was.

How great is he? Hit the break to find out.

Being at a Star Wars convention and also being a huge fan of Robot Chicken, I was both happy to see that many, many people in the Star Wars universe have a screwed up enough sense of humor to be fans of good parodies but I was also sad because of the long line it created to the event. The good news is however that Josh and I managed to slip into the balcony seats, right in the center and I always had my suspicions that Seth Green was pocket sized and this was confirmed as soon as he came out on stage next to Co-Producer/Writer Matt Senreich.

They started off by showing some of the bits they filmed for their last Star Wars episode on the 3 big screens. This was followed by a little sneak peak into the next Star Wars episode they just started filming the previous Monday and I do mean "little" (not Seth Green, the clips) because they had about 30 seconds finished and the rest were storyboard drawings. It was still amazing to see and hilarious so if you weren't lucky enough to be there then you will just have to tune into the show this Sunday night at 9PM to find out.

For information about the writing, hit the break.

Anthony Daniels is a name that many would and rightfully as should recognize as both the "narrator" and "voice of reason" in the Star Wars saga. Now, as a fan of Star Wars, I have seen countless special features and interviews that all feature Anthony Daniels and believe me when I say that today in the Chapin Theater in the beautiful Orange County Convention Center, I saw something that I never expected.

We all were first introduced to Daniels as C-3PO in the Star Wars films and to this day and probably for the rest of his life, he will continue to be C-3PO thanks to the Star Wars: The Clone Wars television series. I would give you a list of all the movies he has been involved in, but the projects he's been in are almost entirely derived from or relate to Star Wars.

To find out what was so amazing about the event, hit the break.

Star Wars: Celebration V - Midi-chlorians Are In The Air

The atmosphere here at the Orange County Convention Center isn't quite what Josh and I have come to expect from our previous con experience. Of course, there are tons of people here basking in the world of Star Wars. There are plenty of vendors, guests and people in costumes. So what's the difference? The quality of the costumes and the vast knowledge con-goers share is unprecedented. I'm not knocking cosplayers here, but when it comes to taking pride in their appearance and understanding of their characters as well as the roles they play, they got you guys beat. About the only way I can explain it is that there is an overwhelming amount of Midi-chlorians(more than Master Yoda has) and that the Force is here at Celebration V.

There are many people who have found unique ways to express themselves like the many members of R2 - Droid Builders. Josh and I had the pleasure of interviewing a man we know only as Guy and he is certainly passionate about building those lovable R2 units. The skills and monetary investment required to bring R2 to life is crazy. For you C3P0 fans, we did see a few but it's definitely about R2. The amount of detail, creativity, and TLC that goes into making every unit can only be described best by Guy himself. He also tells a neat story about George Lucas stopping by to see their droid creations so be sure to check out our interview that will be posted early next week to get the entire scoop.

For more information about the day, hit the break.

Today, Jon and I got the opportunity to see the one, the only, our little film giant, Warwick Davis. If the name isn't ringing some bells for everyone out there, you may recognize him from films such as, Star Wars Episode VI: Return of the Jedi, Willow and a little series called Harry Potter. Ever heard of it? In Star Wars he played a young Ewok named Wicket, in Willow he played Willow, and in Harry Potter he played various roles such as Professor Flitwick, and Griphook.

The person who interviewed both Warwick and Mark Hamil earlier in the day was a man by the name of Jay Laga'aia who starred in films such as Star Wars Episode II: Attack of the Clones and Star Wars Episode III: Revenge of the Sith (I am starting to see a theme here) and some more recent films like Daybreakers, and Legend of the Guardians: The Owls of Ga'Hoole.

For more about the interview, hit the break.