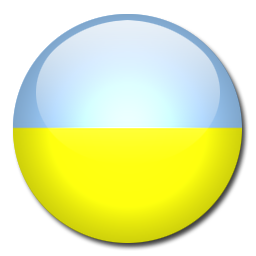 Have you ever wondered what goes into making a microchip? It's a lot more complex than most people would imagine, and one of the essential ingredients is neon gas. You read that right - the same gas used to make those eye-catching store signs. Unfortunately, there's about to be a major shortage of neon gas, and it could have some serious consequences for the chip industry.

Where does neon gas come from?

Neon gas is a by-product of the oil refining process, and most of it comes from Europe. In fact, about half of all neon gas produced in the world comes from one country - Ukraine. However, with the conflict in Ukraine intensifying, there's been a major slowdown in production. This has caused prices to spike, and it's only going to get worse as the conflict progresses.

How is neon used in making chips?

Neon gas is used in a process called plasma etching, which is essential for making microchips. In short, it's used to remove unwanted material from the surface of silicon wafers. Without neon gas, the entire chip-making process would grind to a halt.

What does this mean for the chip industry?

A shortage of neon gas could have a major impact on the chip industry, and it's something that companies are already starting to worry about. Many chipmakers have already started stockpiling gas, but it's not clear how long that will last. If the conflict in Ukraine continues to escalate, we could see a major shortage of chips within a few months.

This is just one example of how complex and interconnected the global economy is. A conflict in one part of the world can have serious consequences for industries in other parts of the world. It's something we need to keep an eye on because it could have a major impact on the way we live and work.

So what does this all mean for the future of microchips? Well, no one knows for sure. But one thing is certain - we're going to need to find a new source of neon gas, and fast. Otherwise, the chip shortage could get a whole lot worse.

The past 2 years have not been good for the chip industry. After COVID shutdowns, manufacturing got backed up and has never caught back up. This is in part because a single foundry manufactures the majority of chips across the globe. The result has been a global chip shortage that's only gotten worse with time. The pandemic also resulted in a surge in demand for laptops and gaming consoles as people started working and learning from home. This perfect storm of events has led to a global chip shortage, and it doesn't show any signs of slowing down.

The shortage has affected a number of industries, from automotive to consumer electronics. And it's only going to get worse in the coming months. So what can be done?

For now, there's not much that can be done. The conflict in Ukraine is still raging, and there's no end in sight. This means that the shortage of neon gas is likely to continue, which could have a major impact on the chip industry. Companies are stockpiling gas, but it's not clear how long that will last. In the meantime, we'll just have to hope that the situation stabilizes soon. Otherwise, the chip shortage could get a whole lot worse.

This week, chips are getting harder to find, Steam Deck is getting easier to control, and Disney+ is getting cheaper to watch.

Have you ever wondered what goes into making a microchip? It's a lot more complex than most people would imagine, and one of the essential ingredients is neon gas. You read that right - the same gas used to make those eye-catching store signs. Unfortunately, there's about to be a major shortage of neon gas, and it could have some serious consequences for the chip industry.

Last year, Valve surprised the gaming industry by announcing the unfortunately named Steam Deck after Gabe Newell teased the company's entrance into consoles[/url=. The device is a portable gaming computer designed to compete with the Nintendo Switch, while also allowing gamers to interact with their full Steam catalog. After a short delay, the console has launched to much acclaim. But, with most new products these days, there was a Day 1 issue, though Value has a patch to fix it.

The internet was created as a way to democratize information across the globe. In theory, no one would have the ability to censor the content that people had access to. Unfortunately, those days are far behind us. Facebook, Twitter, and YouTube regularly decide what can and can't be seen by users in every region. Amazon, Google, and Apple can ensure that a popular platform is brought to its knees. But this week, we've seen a new side of Big Tech's power as they take sides in the Ukrainian conflict.

Disney+ has officially announced that it will be joining the growing list of ad-supported streaming services. This means that users will be able to watch all of the same content that is available on Disney+, but they will have to sit through a certain number of ads each month in order to make up for the lower cost. Disney has not yet released any details about how many ads viewers can expect or when this new plan will go into effect.