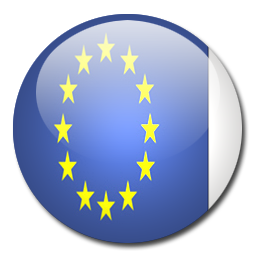 Several years ago, the European Union announced that it wanted to unify mobile chargers across all manufacturers. The goal was to eliminate electronic waste because previously switching phones often means getting a new and completely different charger. But, by the time the EU got involved, almost all major manufacturers were already using micro-USB. Now, the EU is looking to update the requirement, modernizing for USB-C and removing the remaining loophole.

What is the current situation?

Currently, EU regulations require that all phones be able to charge via a universal charger (originally micro-USB, but USB-C also qualifies). At the time of the original regulations, the only major manufacturer not using the micro-USB charging port was Apple, which famously uses its proprietary Lightning connector. The universality of the micro-USB connector is attractive for swapping between phones, but Apple argued that its Lightning connector gave it capabilities not afforded by micro-USB.

This argument allowed Apple to find a middle ground with the EU regulators - making a micro-USB to Lightning adapter available to all iPhone and iPad owners. This would allow them to use the chargers they already own with their new phones, which is exactly what the EU was trying to accomplish. But, in the past few years, things have changed in the industry, leading to some changes in the regulations.

What is the EU doing?

First and foremost, micro-USB is a nearly dead standard. We have not seen a non-Apple phone release with a charger other than USB-C for a few generations. As such, it was time to update the regulation to officially support USB-C. However, the European Commission and the industry were not able to come to a full regulatory agreement, as was the earlier case, so the EC is taking a legislative approach, mandating cooperation instead of voluntary participation.

However, the real change is coming in the removal of the loophole which Apple had used previously. The new wording would require USB-C to be the standard charging port for "all smartphones, tablets, cameras, headphones, portable speakers, and handheld videogame consoles." This means that, rather than being able to charge with USB-C, devices will be required to use a USB-C port.

The challenge by Apple

The EU charger law, as some are calling it, is being met with opposition from some. Particularly, Apple is unhappy with the move, releasing a statement saying,

Apple stands for innovation and deeply cares about the customer experience. Some of the most innovative thinking at Apple goes toward building products with recycled and renewable materials. We share the European Commission's commitment to protecting the environment and are already carbon neutral for all of our corporate emissions worldwide, and by 2030 every single Apple device and its usage will be carbon neutral.

We create products that enhance people's lives, making everyday tasks easier and more efficient, including how you charge and transfer data on your device. We remain concerned that strict regulation mandating just one type of connector stifles innovation rather than encouraging it, which in turn will harm consumers in Europe and around the world.

We look forward to continued engagement with stakeholders to help find a solution that protects consumer interest, as well as the industry's ability to innovate and bring exciting new technology to users.

In the past, Apple has used its proprietary port to accomplish things like iPod and iPhone docks, which were a big part of the company's accessory strategy. However, docks no longer seem to be a popular concept, with Bluetooth being the default way to connect any phone to any speaker (emphasizing the interest in universality). Today, the company doesn't really use the Lightning connector for anything special that USB-C couldn't do. In fact, they have already begun transitioning to USB-C on some iPad devices.

More interestingly, Apple has been moving towards a portless future - relying entirely on wireless technologies. Docks have changed to Bluetooth, iPhone has added Qi wireless charging, Apple Watch already charges wirelessly and has added a wireless communication standard in this generation (possibly replacing the hidden diagnostics port). This legislation could potentially speed up that transition, or halt it in its tracks, depending on how it is written.

The challenge to innovation

Maria Chaplia, Research Manager at the Consumer Choice Center, said in a statement,

Conformity is the greatest enemy of progress. We all have different preferences, and most of the time each of us has a favourite consumer electronics company, be it Apple, or Samsung, or Meizu, or Nokia. Innovators never sleep, and new versions of these pop up in the market almost instantly. Driven to compete, companies are thus able to keep improving their products and offering more choice. Common chargers enforced by the EU would infringe on this entrepreneurial spirit.

The European Commission should not be the body that decides which technology consumers should use. Instead, the EU should embrace technology neutrality.

When this proposal was first heard in the European Parliament in 2009, the preferred choice of charger was micro USB, and now it is USB-C. Mandating this standard in 2021 will necessarily stunt future innovations that will end up being more efficient and desirable.

We at the Consumer Choice Center share the European Commission's determination to make the lives of consumers more convenient and more prosperous. However, the obligation to adopt a universal charger would inflict additional costs on digital companies during the transition period. In the end, it will be the consumer who will foot the bill.

This argument holds more weight than Apple's. If the European Commission had taken this approach a decade ago, or even just a few years ago, we would be locked into micro-USB, which is an inferior standard. First, it's one-sided, and everyone knows that it takes 3 tries to get it right. Second, it's locked into the older USB standard, meaning that transfer speeds would not be able to be upgraded easily. Innovation could certainly be stifled by this legislation.

This week, the EU is supporting USB-C, Nintendo is revealing gaming details, and Facebook apologizes for not being great.

Allante - also well known as Wolff - is the newest member and co-host for PLuGHiTz Live! Radio. A gifted artist, he is usually found drawing up a character or two or sketching up whatever comes to mind. Do not think that he is not a hardcore gamer because he is about as hardcore as it gets! His favorites range from fighting games to RPGs, adventure and even a racing game here and there. Fighting games are his forte and he relays this message for all who oppose: You mess with the Wolff and you get the fangs!

Several years ago, the European Union announced that it wanted to unify mobile chargers across all manufacturers. The goal was to eliminate electronic waste because previously switching phones often means getting a new and completely different charger. But, by the time the EU got involved, almost all major manufacturers were already using micro-USB. Now, the EU is looking to update the requirement, modernizing for USB-C and removing the remaining loophole.

This week, Nintendo hosted its most recent Nintendo Direct presentation and announced some unbelievably exciting games and gave us information about known projects. The company even announced an expanded version of its Switch Online service, bringing games from additional consoles to the platform. Nintendo is definitely looking to increase gamers' time on the console.

If there is one company that seems unable to stay out of the news, it's Facebook. Last week, while we were off, the company got itself into a world of trouble. The Wall Street Journal published a string of reports on the company based upon a huge stockpile of leaked documents from the company. This included special rules for VIPs, that allowed millions of users to "violate our standards without any consequences," promoting troll farm content within the US, knowingly causing harm to girls through Instagram specifically, ignoring drug and human traffickers, and even undermining the company's COVID efforts. These reports are worth reading because they are wild.

While 2020 was a struggle for many of us, it was a particular year of struggle for game streaming site Twitch. The brand, owned by Amazon, had famously skirted copyright law when it comes to music played on its platform. While YouTube streamers get shut down instantly and can receive strikes if they accidentally stream from a location with background music, Twitch streamers had long used music in their streams without any fear of repercussions. That came to an abrupt end last year, when stream replay videos were deleted with no notice, followed by an apology for handling it poorly.