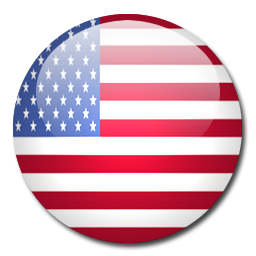 These days, digital infrastructure is as important, if not more important, than physical infrastructure. This is because our digital world controls the physical in every realm from gasoline to traffic lights. A cyber attack, as was evidenced during the Colonial issue, can be damaging, if not destructive, to far more people than an attack on a locale. That is the reason why the DoJ is going to treat ransomware attack investigations at a similar level to terrorist threats.

In the Colonial Pipeline case, a compromised password was all that was needed to access the critical infrastructure system and bring gasoline delivery to a standstill for tens of millions of Americans. It led to a familiar sight of panic and hoarding, though this time with gasoline instead of toilet paper and hand sanitizer. While there was no real threat this time, a different attack could wreak havoc on a large scale.

The biggest problem with ransomware attacks is that the easiest way to get past the problem is to pay the ransom. Of course, this means that the victim has emboldened the attackers and given them more resources with which to carry out future attacks. So, to protect yourself in the short run, you make it likely that someone else will be a victim later. This is the threat that the DoJ is attempting to prevent by investigating these attacks with haste and strength in order to try to prevent new attacks in the future.

This week, Area-51 is under attack, Nintendo is recovering from piracy, and the DoJ is getting serious about ransomware.

At CES 2019, Dell brand Alienware announced the Area-51M R1 gaming notebooks. While there is nothing unusual about Alienware announcing a gaming laptop, this lineup was special. The company promised the ability to upgrade various aspects of the computer, but Robert Felter believes that Dell misrepresented the upgrade path for these computers. As such, he filed a lawsuit against the company, looking for class-action status, alleging fraud and false advertising claims.

For years, if you wanted to acquire a Nintendo game illegitimately, there was one place to go: RomUniverse. The site was clearly a target for Nintendo, who had issued a number of DMCA Takedown Notices against the site, but it was an unstoppable network. In 2019, the company filed suit against the site and its owner, Matthew Storman. This week, a judgment was finally issued, and it is a big one.

In the early days of video streaming services, ad-supported content was everywhere. Hulu offered an entirely free tier that had a smaller catalog and ads, plus a paid tier that offered all of the content with ads. But, the success of Netflix's entirely ad-free offering pushed new services to focus on that model. But, in recent months, we've seen more services give it a shot, with Paramount+ and HBO Max adding a focus on this business model this week.