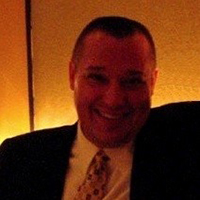 iOS: It's Not Just for Writing Poetry Anymore

Wargaming, the company that brought us World of Tanks to both PC and Xbox 360, have launched the mobile version of the title, World of Tanks Blitz. Blitz is available exclusively on iOS devices including both the iPhone and iPad. If you're not familiar, World of Tanks is a free-to-play MMO where you can own, operate and destroy literally hundreds of historic armored vehicles from the battle fields of the 20th century.

I grew up addicted to board games like Panzer Blitz, so it's no surprise that I downloaded World of Tanks the same day it was released on the Xbox 360. I have heard other people comment that World of Tanks is the sole reason they don't upgrade to the Xbox One. "What's the point: it doesn't have WoT." WoT is simply the most mind-blowingly addictive game I've ever experienced and I'm not the only one who feels that way.

World of Tanks is said to be free-to-play. That's mostly true. You can enjoy infinite hours of gameplay without dropping a quarter into the machine that is Wargamming. However, advancement requires in-game resources and those resources seem to become increasingly scarce as you purchase more advanced tanks. As resources grow scarce, operations become more expensive. A single tier 10 tank round might cost as much as a tier two tank. The temptation to purchase "premium time," where you receive resource bonuses, grows greater as you advance. If you can just get the next level gun, then you'll do some real damage!

Blitz features over 90 German, Russian and American tanks and it allows for 7 vs 7 PvP battles. There are updates since the beta to improve graphics and gameplay. My experience from the Xbox 360 version tells me that Wargamming will continue to invest in improvements in the game. I've seen videos and screenshots of iOS game play; it appears to be 3rd person only. The PC and Xbox versions of WoT have a first person aiming view for precision long distance shots. It will be interesting to experience Blitz firsthand to see if they were able to maintain the addictive nature of the game I've grown to love. I might even risk touching a dreaded iPad to play it myself.

This is a guest post by Mark Lauter, president of Sumo Software.

Microsoft unveiled the next major version of Skype with real-time translation technology on Tuesday at the Code Conference in Rancho Palos Verdes, California. While you won't be able to chat with your favorite Andorian or Tellarite via sub-space for at least another century, you will be able to speak to someone in Germany or France in their native tongue by the end of 2014. The best part is you won't have to spend weeks learning a new language with Rosetta Stone.

The product allows two people to converse in any two of over 40 languages. In video demos released by Microsoft, the translation appears to be as fast and accurate as a trained human intermediary. The technology is based on the voice-to-text or speech recognition engine that drives Microsoft's Cortana. Cortana is the new virtual personal assistant built into Windows Phone 8.1 and will be released to the general public sometime this summer. Microsoft plans to release Skype with translation technology by the end of 2014.

I can't get my hands on the next version of Skype yet, but as a software developer I do have access to the next best thing - the developer release of Cortana. I've been playing with this updated speech recognition technology for several weeks and I can tell you that it is nothing short of amazing. I've always been an enthusiast of natural language interaction with computers. Geeks aged 35 and older probably remember watching the crew of the Enterprise interact with the computer like it was a virtual crew member. Well, that was supposed to be a couple hundred years in the future.

Just last year I did a project that involved voice-to-text transcription services. We tried out several market leading technologies. Some were better than others, but none was capable of near 100% recognition. I told our client that we might be 10 years from meaningful advances. I was right and I was wrong. The massive improvement from the Windows Phone 8 to 8.1 technology is not incremental. It represents a total paradigm shift in the way researchers are approaching the problem of speech recognition. I won't bore you with all the technobabble details, but this new approach, called deep learning, is being applied to lots of computer science problems. This is the real story. It means that in the next few years you can expect surprisingly rapid acceleration and innovation in the high-tech world.

What does that mean for you? Better phones, more engaging games and entertainment, and devices we haven't even dreamed of. Microsoft already had great language translation tech. They already had great text-to-speech tech. All they did was add the first truly great voice-to-text tech to that mix and POW, a new product straight from the world of science fiction. We might still be a few hundred years from the first warp engine and first contact, but we'll be ready thanks to the brilliant engineers at Microsoft Research.