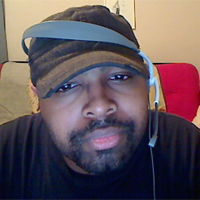 A self proclaimed Gaming Guru Weston's mission statement is to bring the readers and listeners the very best in gaming news, reviews and previews. An avid Dead or Alive player, but a general player of all games, some current favorites include Left4Dead and Prototype. Expect an unbiased, no nonsense opinion on the videogame world as we know it today. He won't let you play crap... no matter how much "the cool kids are doing it."

Let's face it, this absurd term called "waiting" for Modern Warfare 2 is enough to drive even the most casual FPS fan up the wall. What's that you say? You've got tenth prestige on Modern Warfare AND World at War, and more kills than the populations of some third world countries? Well rejoice FPS enthusiasts! Dice and EA team up to bring you something both cheap and easy to feed your addiction. No, not heroin, it's Battlefield 1943.

For this installment, you're thrown for another tour through the Pacific. Sprawling across three ground maps, Wake Island, Iwo Jima, and Guadalcanal, as well as one aerial map, Coral Sea, you and your team of eleven others fight in true Battlefield style. It's called Conquest Mode, an everything goes version of Capture the Flag, where the object is to capture and hold five strategic points on the map, known as bases. Holding a majority of these bases causes the opposing team's 'tickets' to decrease. The team whose tickets run out first loses the match. Add to that three job classes, tanks, jeeps, airplanes and nine different weapons and you've got the most cost effective multiplayer experience on the market. Running you 1200 Microsoft Points, or roughly 15 bucks if you're using the PlayStation Network, this is the perfect game to hold you over for the gunfest that is Modern Warfare 2.

The game controls well enough overall, with the air controls being the only thing that really took a little getting used to. Driving feels easy and natural and can be done in either first or third person. Combat moves smooth with firefights that are slower paced than the trigger-happy fragfests of Modern Warfare, but much quicker paced than Halo or Resistance 2. Battlefield leaves you satisfied with combat and maneuverability.