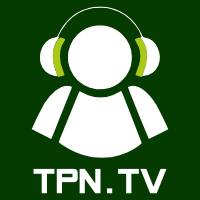 Kirk has long had an interest in production, and began his journey by joiining Geek News Central as Todd Cochrane's Executive Producer. That brought him into the Tech Podcasts Network CES coverage in 2018. He has become the team's regular technical director and associate producer since 2019. He has since launched his own show with PLUGHITZ Live Editor-in-Chief Scott Ertz, called GNC Week in Review. This is a weekly quick-fire topical show covering the biggest tech stories of the week in a comedic atmosphere.