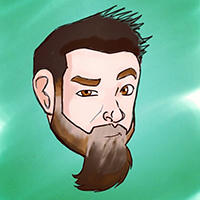 Trey was born into a tech career. Instead of going to summer camp as a child, Trey spent summers working at the local news station with his father, an Emmy award winning news director. He honed his audio skills singing in a band, and later worked as a lighting and audio technician for a theme park. Within two years he became the lead technician for the entire park, which included a fully operational CNN sponsored TV station, a full theater and a circus. Later, he became the lead lighting and audio tech for one of the Ringling Bros. circuses, with a stint as a clown for the pure joy of performing. It was at Ringling that he met his wife, who he calls the most beautiful, loving, and funny person he has ever met, and who is also the creator of the 3000 Brigade. Trey was a performer with the 3000 Brigade for nine shows, as well as hosting the 3000 Brigade Podcast, while still doing media on the side. Trey currently edits and cleans audio for PLuGHiTz shows and has also been a special events host.