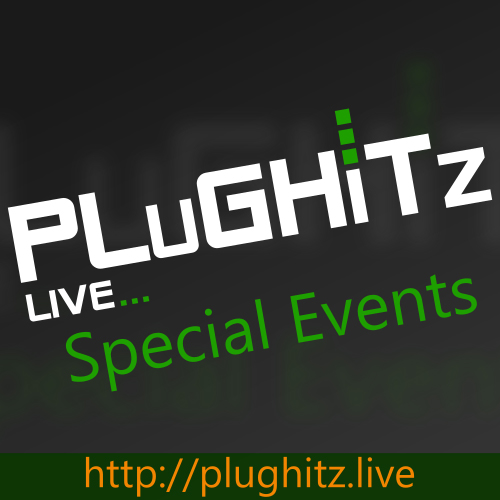 DMCA Regulations on Abandoned Videogames: A Step toward Videogame Preservation or a Path toward Legal Piracy?

When you buy a book at the store, you expect to read it from start to finish, without any interruption or pages missing, for as long as you want. Often times, revisiting the stories from the book brings back fond memories and nostalgia that you hope to share one day with your kids, family and friends. Unfortunately, this is not the case when you purchase abandoned videogames. When these games are shut down, they often disappear for good, erasing big portions of gaming history forever.

This is because the Digital Millennium Copyright Act's ("DMCA") anti-circumvention provisions (17 U.S.C. § 1201) prohibit consumers from circumventing copyright protection measures put in place on games or any other digital media. However, the United States Patent and Trademark Office ("USPTO") has proposed a set of exemptions to the DMCA that would allow gamers to keep abandoned games running.

What is DMCA § 1201 Exemption for Videogames?

In 2015, the USPTO enacted an exemption to Section 1201 that directly impacts the game industry: an exemption for museums, libraries and other archival efforts circumventing the DMCA to preserve (in a playable state) games that require one-time server checks that are no longer available. This exemption allowed for the circumvention of authentication servers in order to render games playable (often called "jailbreaking"), so long as the game content is stored on the player's computer or console. Although there were flaws in the exemption, it was a victory for the videogame archiving community. Additionally, this exemption must be renewed by the USPTO on a triennial basis.

As it currently stands now, the DMCA exemption does not expand to multi-player games; however, the Museum of Art and Digital Entertainment (MADE) petitioned the USPTO to expand the exemption so that it covers multi-player games and allows people affiliated with them the ability to play.

These new set of proposed exemptions to the DMCA has stirred much debate in the gaming industry. Proponents claim that they should be able to 'play the videogames they have already paid for' and that keeping it illegal to fix broken, abandoned games effectively forces people to keep buying newer releases. Whereas opponents argue that the proposed exemptions would, in effect, eviscerate virtually all forms of access protection used to prevent videogame piracy. Specifically, the Entertainment Software Association (ESA) submitted oppositions to the exemption to the USPTO, stating that, "(h)acking videogame access controls facilitates piracy and, therefore, undermines the core anti-piracy purposes of (the DMCA)."

Whether or not the new set of proposed exemptions to the DMCA benefits gaming archivists and historians alike - or creates a new path toward legal piracy - a good place to start is to submit public comment regarding this topic to the USPTO. The USPTO has initiated three rounds for public comments, with the first round due on December 18, 2017. If the new set of exemptions to the DMCA gets approved, then your kids might get to play some of the old videogames you once enjoyed as a child someday.

Leia V. Leitner is in an attorney at Watson LLP where she counsels businesses on cybersecurity and other aspects of technology law. She may be reached at (407) 377-6634 or by email at leia@watsonllp.com.

George Haour on China and cybersecurity

China has the world's largest market for digital shopping, mobile payments, and Internet-enabled financial services. Close to 400 million people in China do most of their payments using their smartphones. China's overall business in information technology is a market of well above USD $300 billion, and it is estimated that more than 700 million Chinese have access to Internet. So any law impacting the online space-cybersecurity included-will make ripples in the way China does business.

That's why its new cybersecurity law-due to take effect in June of next year-is particularly alarming. It is part of an ongoing government program to reinforce China's cybersecurity, and arguably targets non-Chinese hackers. But it comes amidst continuous tensions between the U.S. and China, not just in terms of cybersecurity (each country has accused the other of hacking), but with trade, the economy, and, of course, the U.S. election, which will inevitably change how business is done between the two nations. The law appears to be counterproductive in several ways.

First, as the law sets forward, important network equipment and software will have to receive government certifications. This means that specific pieces of intellectual property or technical features will have to be divulged, which could easily be passed on to Chinese companies by the regulators behind cybersecurity. It shouldn't be forgotten that the state in China has tremendous power and plays a critical role in economic plans. Government interference is much more prevalent than in Western nations. And under the veil of cybersecurity, regulators will have access to proprietary information that could benefit Chinese firms at the expense of foreign business.

The type of businesses most at risk will be those with special hardware and systems for network management. But it could even include data from and for ATMs. New generation ATMs have a much higher level of connectivity with mobile integration and face recognition. This makes them more vulnerable to hacking and means confidential devices and information will have to be used for protection. And under this law, that creates a big entry place for government snooping.

This law is also counterproductive because companies gathering data in so-called "critical areas" will have to store that data inside China. At this stage, the definition of "critical" is worryingly broad. Complying with this requirement will force international firms to make expensive investments to build duplicate facilities within China. This is in total contradiction with the free flow of data, expected to swell in 2020 after the introduction of 5G.

International companies will have to weigh this risk against the opportunity to do business in China. China has had a long reputation for 'copying' without getting insider access, and this law could only open the ease to which China's business sector can review competition. For international companies there is no easy way forward as the choice is black or white. Either foreign companies will comply, knowing China has a way to peek into what previously was private, or they will chose to stand by principles of privacy at the risk of being excluded from the Chinese market. Despite the challenging dilemma, companies are likely to comply and give in to China's demands. The market is too huge and far too ripe for future growth, especially when compared to more stagnant outlooks in Europe and the U.S.

In addition to creating barriers for international business in China, this kind of legislative move goes completely against innovation. It could well be considered to be part of what is called "indigenous innovation" in China. This consists in favoring Chinese firms by establishing non-tariff barriers, such as specific standards or regulations on products, in order to prevent non-Chinese firms the access to China's large and dynamic market. And the impact would be wide-ranging, from consumer electronics to products such as equipment to produce renewable energy, including windmills and solar panels.

Innovation involves a complex process, but it requires a society to be as open as possible and to allow vibrant exchanges between people. While cybersecurity is important, this law will wrap around the free market as it grips security. Within China, entrepreneurs are, by and large, not bothered by their government's management of the Internet, called the "great firewall". However, this new law is a new step to tighten the government's grip on the Internet. Furthermore, far from favoring China's champions in this very dynamic area, such as Huawei, Lenovo, or Tencent, this law will handicap them in the long term. Maybe the hope is that these companies themselves will fight to alter the law and mitigate the negative implications for China's Internet landscape.

U.S. companies have already began to strongly lobby against the law, as well as China's position that the Internet must be managed by authorities. But despite the efforts of any company, Chinese or other, the cybersecurity law is just a piece in a larger ongoing political puzzle that companies will have to deal with. Trump's stance on trade and is equally, if not more, alarming for business. In the end, agility will be key for companies to succeed in the tense political environment.

IMD Professor Georges Haour is a Professor of Technology and Innovation Management at IMD business school and co-author of the new book - Created in China: How China is Becoming a Global Innovator (Bloomsbury, London, 2016). Jeffrey Powers decided to start the show off right by talking with Robin Raskin, a former PC Magazine editor now with Living in Digital Times, who has brought products that people really need to CES 2014.

Canary is a home automation hub, in a similar vein to Nexia, but with the added bonus of temperature monitoring, noise detection and other less automation-focused sensors.

Through their focus on families, Living in Digital Times also showed off Kurio, a smartphone for kids without the full smartphone price tag. In addition, the phone sports some family-friendly features, such as app-specific time limits so parents can turn off games at 8pm and texting at 9pm.

Robin also discusses a product to help coaches better determine whether players should stay on the field or not after a hit.

Interview by Jeffrey Powers of Geekazine

Hit the break to see the video.

Hit the break to follow along with the staff on the announcements from Nokia at 11am, July 11th.

Live from the LA Sports Arena, Sony's Jack Tretton will show off the new PlayStation 4 hardware. Let's be honest - this is the moment we are all waiting for from this E3. Will we have another Big Bertha, or will this console shine right from the beginning? You will definitely want to tune in to find out.

Shortly after the event, join our team LIVE for reactions on a special F5 Live: E3 Wrap-Up Show.