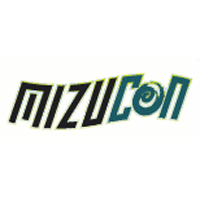 Mizu Con is an annual convention based on Japanese Animation and the many sub-genres of Anime. Mizu Con will feature many of the festivities found at most Anime conventions. Events will include interesting and informative panels, Anime DVD screenings, live action movies, video gaming and even an Anime music video showcase! Mizu Con will also host an Artist Alley where local artists may showcase and sell their artwork and crafts. In addition there will be a cosplay contest, special guests, a dealer's room and much more! With over 30 years combined staffing and running Anime conventions, we hope to bring a quality show to the community annually and with community support we will be able to achieve our goal.

This week, we are at Mizucon 2015 with the 3000 Brigade, talking about their upcoming show with 3000 Brigade Podcast host Trey Davis and much of the rest of the cast.

This week, it's finally time for the 10th installment of our stage show at Mizucon 2015! We're joined by F5 Live: Refreshing Technology talking with the cast and crew about this and past shows.